The crazy project I have been on since early April, which ended at the end of July, then started again, has just ended again. For the first time since there was still snow on the ground, I am back on a regular first-shift schedule. And as soon as I am attached to a new project I will be writing code instead of assembly-line financial paperwork.

On the left in the above photo is the latest book from my subscription to Apex Publishing Company, Close Your Eyes by Paul Jessup. I have heard good things about Jessup and look forward to diving into this one. On the right is an impulse buy, of sorts, from a recently completed Kickstarter by Nord Games. The title is The Ultimate Bestiary: The Dreaded Accursed, which get my vote for the most on-point title of any book I have picked up in the last year. It is a third-party sourcebook for 5th edition Dungeons and Dragons, one of a great many which have found success on Kickstarter. This is a high-quality product, with beautiful illustrations throughout.

In reading news, I just finished R.A. Salvatore’s The Silent Blade and The Spine of the World, and now I think I will take a break from the Forgotten Realms books and maybe read some poetry.

In writing news, today I wrote the first 650 words of the first chapter of my new book. Not a lot, to be sure, but this is the third time I have started the first chapter and this time I hit the groove, so I expect to hit a stride of 1,000+ words a day starting maybe tomorrow. Maybe 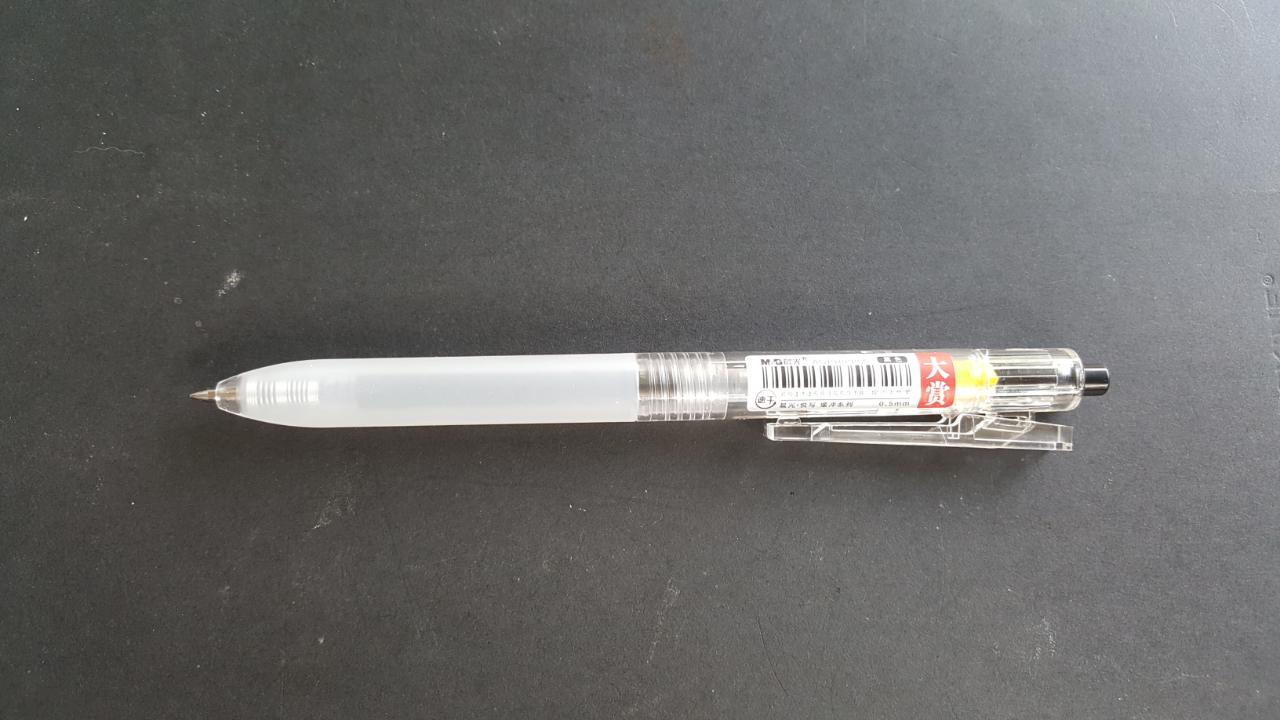 This is a photo of my new pen. The fountain pen my girlfriend bought me two years ago has sprung a small leak. One of the seals around the nib has apparently decayed. And with a fountain pen a small leak makes a big mess. This new pen is a ballpoint from Cloth & Paper, from a gift-box subscription to CrateJoy. Specifically, this is the M&G AGPH 9902 0.5mm pen. It writes like a dream.

Have I mentioned that my girlfriend is The BEST?